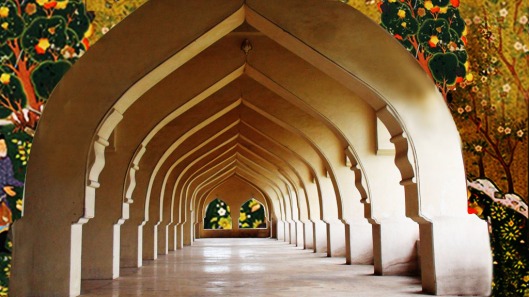 (Image composition: Manuscript of the Bustan by Sa`di + View of arched hallway from the Jumma Masjid at Gulbarga)

IT IS NOT BY “BREAD AND CIRCUSES” alone that Bahman Shah keeps his subjects happy. With senior members of the earlier power matrix, he strikes the right balance between affability and authority. There is the frequent revolt and bristling noble that must be checked. A decade into a successful run, internal conflict in the territory of Gujarat calls for an intervention and he sends his army there on the invitation of the ruler of that kingdom. He sends his son to lead the operations, and himself follows shortly afterwards.  He never makes it to Gujarat. Illness stops him in his tracks and the Bahman ruler heads back to Gulbarga, with the sense of an  end.

While he still has energy left, he assigns governorship of his four provinces and order prisoners to be set free. On his last day he calls in his youngest son from his lessons, and enquires after the texts he has been learning. The young boy has been studying The Bustan of the revered Persian poet Saadi, whose verses have been likened to “dates encrusted with sugar”. The prince dutifully recites from the Persian masterpiece,

Many like me have viewed the fountain, but they are gone, and their eyes closed for ever. I conquered the world by policy and valour, but could not overcome the grave.

The founder of the Bahamani Sultanate departs from this world. The mantle passes to  his son, Mohammed, who had earlier been sent to secure the compliance of the Raja of Telengana. Mohammed has his task cut out: leaders of territories under Bahmani control decide to try their luck on hearing of the demise of Bahman Shah. But after a shaky start, the heir finds his feet, reasserts the dominion of the Bahamani Sultanate, and, not for the first time, the recalcitrant rulers retreat.

Once he has earned some sense of stability, he commissions the great mosque at Gulbarga. Designed by a Persian architect, it will bear some resemblance to the Cathedral Mosque of Cordoba, and will be a rare example of an Indian mosque to be built without a courtyard (though common in the pre-Sultanate mosques of South India). 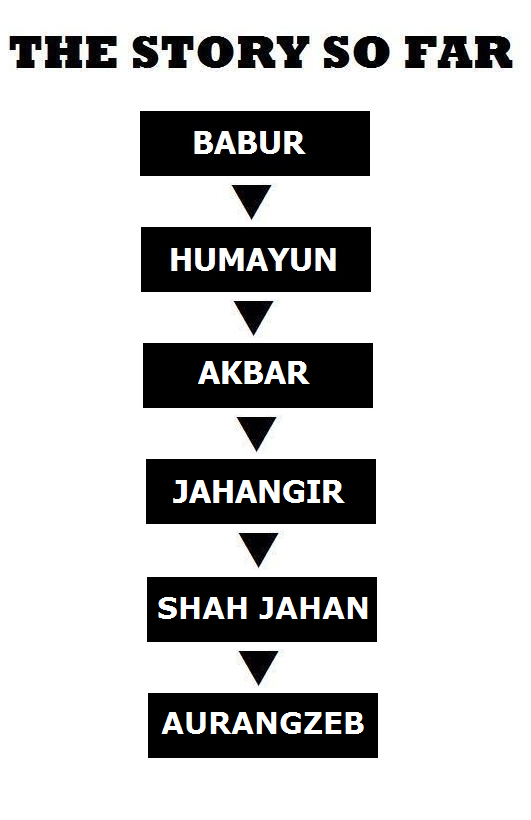